Nothing is more important than loyalty. But what if you’ve sworn to protect the one you were born to destroy?

Tarisai has always longed for the warmth of a family. She was raised in isolation by a mysterious, often absent mother known only as The Lady. The Lady sends her to the capital of the global empire of Aritsar to compete with other children to be chosen as one of the Crown Prince’s Council of 11. If she’s picked, she’ll be joined with the other Council members through the Ray, a bond deeper than blood. That closeness is irresistible to Tarisai, who has always wanted to belong somewhere. But The Lady has other ideas, including a magical wish that Tarisai is compelled to obey: Kill the Crown Prince once she gains his trust. Tarisai won’t stand by and become someone’s pawn—but is she strong enough to choose a different path for herself?

Raybearer is the ray of sunshine in young adult fantasy that refreshed the genre with it’s fascinating and unique world building proving to be 2020’s strongest fantasy debuts.

Raybearer is a West African inspired fantasy by debut author Jordan Ifueko that made headlines upon it’s publishing during the Summer of 2020. I remember distinctly around that time I just started reading again, I saw Raybearer being mentioned by literally every BookTuber and mutual on Twitter. I’ve heard nothing but good things about this book! Everyone I know that has read it rated it 4-5 stars so I have slightly high expectations going into the book. For the longest time I’ve planned to read this book after I acquired a copy myself. Thankfully my local bookstore stocked the UK paperbacks of Raybearer which is also the version I wanted. Coincidentally, the sequel Redemptor is out now! It was released last month on August, 17th 2021. I found that this is good timing for me to read since both books are out so after I finish Raybearer I can just jump in to the sequel.

Before the review I would like to highlight the amazing covers both US and UK versions of the series. The US covers are done by the artist Charles Chaisson. The UK covers are done by Micaela Alcaino, the artist that has done covers for many well known books and series’ to name a few : The Daevabad Trilogy by S. A. Chakraborty, An Ember in the Ashes Quartet by Sabaa Tahir, The Iron Fey Series by Julie Kagawa, Empire of the Vampire by Jay Kristoff and so many more. What makes the UK version my favorite is the optical illusion. You need to do a double take to be able to notice the face there which I found very clever! If you wanna know Mikaela’s process in making the cover for Raybearer and Redemptor check out the interview here.

“It’s no use bringing up the past. You write your story, not the people who came before you.”

Raybearer is a story that follow Tarisai, a young girl that has lived all her life within the compounds of her home in Swana, one of the realms that is ruled by the Aritsai Empire. Tarisai grew up isolated from the world. Her only family is her mother that she calls The Lady. Tarisai spends her days studying a variety of subjects with her tutors from languages, history, politics, literature, puzzle solving etc. Everyday Tarisai is desperate for her mother’s love as The Lady is mostly absent from her childhood. The people Tarisai sees daily are the guards, the servants, and her tutors. The Lady forbids anyone from touching Tarisai because of her powers that enables her to steal memories from people. During her rare and routine visits The Lady would check on Tarisai’s progress in her studies making sure to give critiques but she is never satisfied. Tarisai grew to be a child that is touch starved desperate for The Lady’s love and approval. One night when Tarisai manages to escape the prison that is her home she meet a mysterious being. That mysterious being is Melu, an ancient guardian of Swana that is enslaved by The Lady, he tells Tarisai everything about what she is, what her mother had done and her role in The Lady’s grand scheme. After Tarisai is deemed ready by The Lady she is sent away to the capital of the Empire to compete with other children from across the realms to be the Prince’s chosen council. During this competition The Lady hopes for Tarisai to get close to the Prince and fulfill her last wish.

“Through you, my legacy lives.”

“You didn’t make me who I am. I am not the sequel of your story.”

Jordan Ifueko’s writing is one of the strongest points of the book for me. Ifueko’s writing style is precise and well versed with each sentence the story comes together magnificently. It is not hard for readers to get acquainted with Jordan Ifueko’s writing style. It is neither too flowery nor too simplistic, it is very accessible and well balanced making me sing praises for Jordan Ifueko because of how easily I adapted to the story overall. The pacing is also another reason for the well balanced story, it isn’t too slow nor too fast that it felt rushed. Jordan Ifueko’s tone hovers between young adult and adult for me which I found to my liking. The way Ifueko structured the whole story is well done from start to end the plot flows smoothly resulting in a strong cohesive story. Personally, the first few chapters of the book does a great job in introducing our main protagonist’s backstory and the over arching plot that fuels the story overall. With each new revelation and twists the build up for the climax grows even more intense keeping me at the edge of my seat the whole time.

“Peace comes when stories are celebrated, not erased.”

The world building in Raybearer exceeded my expectations and probably raised my expectations for future young adult books I will read. The levels of complexity engrained within the world is epic in scale and expansive brimming with potential for exploration. The lore of the world itself is unique and interesting filled with folk songs that is used to describe the legends and prophecies. I regret not reading this book via audiobook because a friend of mine told me that the narrator actually sang the songs! Another factor about the world is the themes of sexism, discrimination, and the effects of imperialism on culture. The Aritsai Empire consist of twelve realms, each realm has their own language, songs, stories, religion, traditional clothing, and many more. The way Jordan Ifueko depicted the multi cultural world is one that is reminiscent to my own country of Indonesia. The magic of the world is simple and full of mystery that is yet to be uncovered that got me so invested in knowing everything about it because of it’s deep connection with the lore of the world. There is also faith based religion that worships multiple gods though the religion varies which god they worship from one realm to the next the core of it is more or less the similar. Honestly, I always lower my expectations world building wise for young adult books because characters hold a much higher significance. But with Raybearer, Jordan Ifueko blew away my preconceived notions and proved me wrong by creating a lush, vivid, and culturally charged world that I’m in awe with.

“… people have many gifts,” Kirah continued, “But our greatest good is the one we can’t contain: compassion, loyalty, softness, fierceness. The ability to win hearts, or recognize beauty, or weather a storm… Our gift could be anything, really. And when we use our greatest good for something beyond ourselves, that’s our best desire. Our purpose.”

Another point about Raybearer that became the back bone of the story is the characters. The story is mostly told from Tarisai’s perspective but even without being written in multi POV readers can still get to know the other characters well. All of the characters are well fleshed out and believable. Tarisai is a strong main character that is consistent throughout the story. All her motivations and desires to write her own story to not be defied by the preconceived narrative that is written by her mother is inspiring. Her development as a character is gradual and complex as Tarisai develops to be a character with depth leaving a lasting impression on me as I follow her journey. The gripe I have about the characters is the found family aspect and relationship development. The relationships Tarisai has with the other council members are developed off page, even though it is written in the lore about the nature of the relationship of the council it’s seems slightly instant for my taste. This didn’t hinder me in enjoying the story and can be easily overlooked because the characters that matter from the council and contributes to the story is Sanjeet, Kirah, and Dayo. This trio are the very first few friends Tarisai has when she entered the palace. They are the anchor that keeps Tarisai rooted to the world and the key to unlocking her true potential. If it weren’t for their constant guidance and support Tarisai wouldn’t have been able to become the person that she is. I will not say anything more about the characters since it is full of spoilers so I’ll leave it here.

I was Tarisai Kunleo, and this was my family.

Final thoughts, Raybearer is a well rounded young adult fantasy with unique and rich world building charged with culture and lore complete with well fleshed out note worthy characters that got me singing from start to finish. I loved every part of the Jordan Ifueko has created. Let me remind you that this is a debut book! Raybearer solidifies Jordan Ifueko as an author that I will surely keep my eye on. The hype is real y’all and this book is the proof! I highly recommend for everyone to read Raybearer, especially if you’re trying to find something to start your fantasy journey or if you’re looking for something fresh that is different do consider picking this book up. From this review it is an easy decision for me to definitely continue with the series and I’m excited to pick up Redemptor. Hopefully my local bookstore will have them in stock soon ❤ 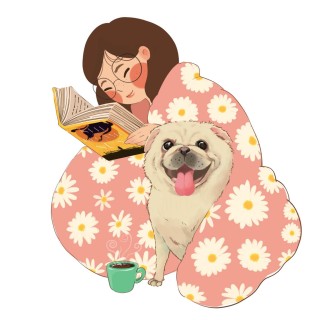